Lentil (Lens culinaris) is an established, high value pulse crop, first grown commercially in Australia during the early 1990s. They are mainly grown in the semi-arid regions of Victoria and South Australia with winter dominant rainfall patterns. Lentil consumption in Australia is gradually increasing however it is widely grown and consumed throughout the Mediterranean, the Indian subcontinent, southern Asia and northern America. 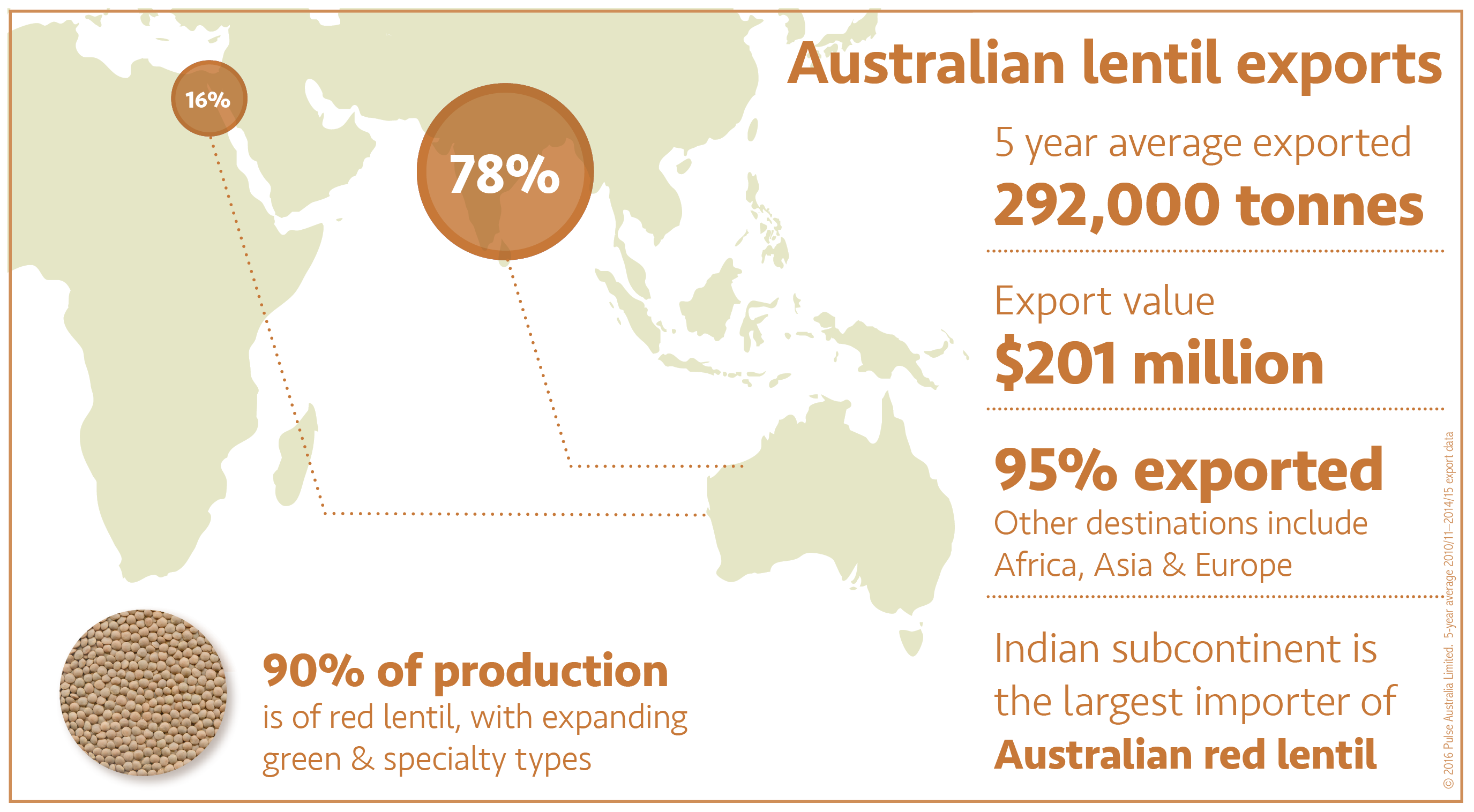 Australia’s lentil industry has benefited from the release of ever-improving varieties offering wider adaption and improved agronomic features, plant physiology, plant architecture and yield. These varieties, along with improved crop management techniques, provide growers with the confidence to grow this high value crop. Lentil usually commands a premium price compared to other pulse crops, such as peas and beans, with many world markets demanding human consumption grade lentil. Lentil have recently sustained high grain prices of $800–1200 /t during 2014 and 2015 due to short world supply.

Although lentil prices are often higher than most other pulses, they can be volatile due to fluctuating production world-wide, particularly with countries that export close to 100 per cent of their crop production, including Canada and Australia. In addition to changes in world demand and carry-over surpluses, there is a significant price drop and potential lack of livestock feed markets available to growers for grain that fails to meet human consumption grade.

Lentil varieties differ physiologically by seed size, seed coat colour, kernel (cotyledon) colour and time to maturity. Australia is a significant producer of red lentil and the area planted to green lentil is gradually increasing, as is the area of specialty lentils such as ‘Duy’, ‘Black’ and ‘Spanish’.