~ Guidance notes for the Australian Pulse Value Chain ~ Edition 5, May 2019

This global pulse update has been prepared by Pulse Australia, and the Grains Industry Market Access Forum (GIMAF), with the support of the Australia - India Council, to inform the Australian pulse value chain about the trends and drivers in the global pulse market. The aim is to have a better-informed industry in order that grower decisions around pulse area and rotations can be made with more confidence, while the processing, trading and logistics sectors can better plan for the year ahead.

900 Million people have voted, and the result is a resounding win for the incumbent Indian Prime Minister, Narendra Modi and his BJP. In the largest democratic exercise in the history of the planet, spanning 5 weeks, around 900 million people have chosen from over 8,000 candidates for 545 seats in the Lok Sabha or the Lower House of the Indian Parliament.

The significance of this process should not be lost on Australia which has historically relied heavily on India as both the major destination and price discovery point for Australian pulses.

But what does a win- and a strong majority- by Prime Minister Modi mean for Australian pulses? Probably, more of the same- but with less urgency. The next election is now 5 years away, so the urgency in addressing what the opposition Congress Party termed “Agrarian Distress” has eased. The issue of farmers receiving what they consider as "low remunerative prices" has not gone away, however- and combined with the very real growing farming household debt will continue to ensure the Government will maintain a very close eye on agricultural pricing and import policies. The issue facing the new Government is that of food inflation, with the April wholesale price inflation rate hitting a 33-month high. Pulses, as a major staple, are part of the driving force with food inflation. The current pigeon pea (tur) harvest is reported to be close to 20% down on expectations, and pigeon pea prices have been lifting for the past month. Price inflation in pulses is something the government cannot afford to let happen, and the expectation is that if prices continue to rise, tariffs on lentils may come back to relieve the price pressure.

Of course, the greatest determinant on Australian pulse trade with India, however, is out of the hands of politicians and, and in the hands of the annual Monsoon. The Monsoon runs from June – September, and early indications are that coming monsoon will be below normal. It is already running 2-3 weeks late. This expectation could also be fueling pulse price inflation, placing further pressure on the Government to ease import restrictions. 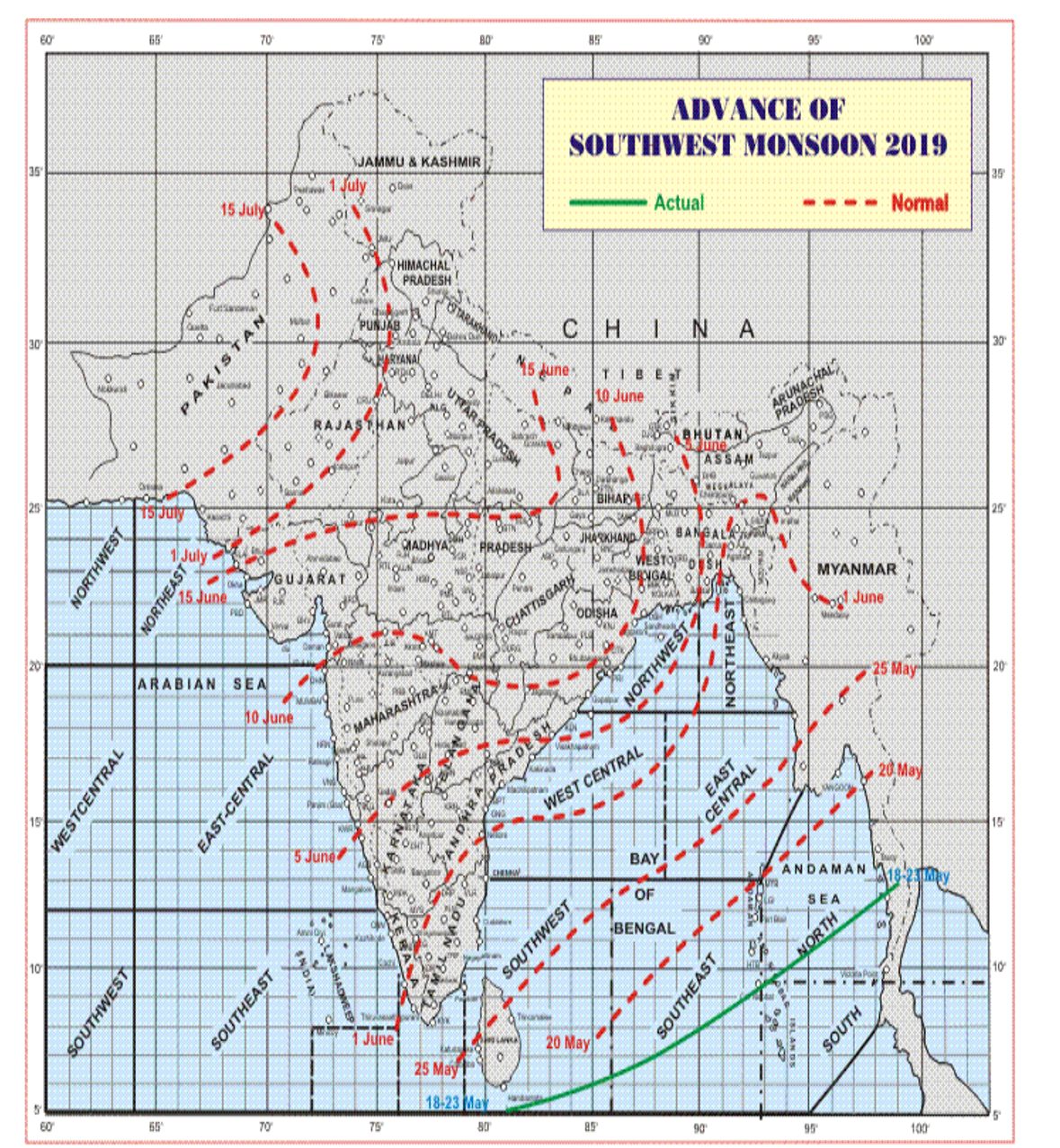 Geopolitics is dominating market fundamentals and becoming the ‘new normal’. Globally, what historically may have been seen as one-off and isolated trade disruptions in the pulse world, are now more frequent and more widespread, and becoming the ‘new normal’. We have China creating issues around Australian barley and Canadian canola and pork; India, as we know, is pretty much out of the market with trade-killing tariffs, quotas and bans; Iran’s decision 12 months ago to withdraw from the nuclear treaty, triggering the US to reimpose sanctions, is just adding to uncertainty and risk.

The ongoing US/China trade spat continues to threaten Chinese discretionary liquidity. Increased or the threat of new tariffs on Chinese exports will have the potential to curtail imports of key goods and services, thus harming Aussie exports, and would also see the AUD weaker- only exacerbated by the RBA anticipated rate drop. Equally the Easter Sunday bombings in Sri Lanka may bring ongoing political tensions in that country leading to a lack of market confidence.

Looking specifically at commodity implications, with global wheat prices still affected by sound competition from the Black Sea region, it is not likely that we will see a major loss of pulse area to cereals around the world. Therefore, we will continue to see strong competition from traditional and non-traditional exporters of a range of pulses including chickpeas, lentils, peas and faba beans.

Faba beans over the past 9 months have been a bright spot, largely due to what seemed to be a coordinated collapse in production, as a result of hot and dry conditions in key producing regions. Demand will remain stable into 2020 as supply attempts to re-balance, however, we would expect the Baltics, the UK and Canada to roar back into being major export competition for Australia from October this year.

Canadian farmers are no different to any other farmer around the world in accepting that whilst they don’t like the prices, lentils and yellow peas have at least been moving into India (for lentils) and both India and China for yellow peas. The 30% duty on lentils into India is still seeing competitively priced Canadian product move into the market; Australian prices have been too high to do the same in any volume.

High faba bean prices have encouraged greater expected Canadian faba bean area and faba beans would represent probably all the increase in the bean area. Not surprisingly the kabuli area has been poleaxed because of an oversupply situation. The massive area jump from 2017 to 2018 (170,000 acres to ~450,000 acres) simply created too many kabuli chickpeas in Canada (and everywhere else!)

Desi chickpea prices are likely to continue to erode towards historical levels assuming we receive enough rain in key areas to have the crop seeded. Whilst we are unlikely to see 2016 type outcomes in terms of area and yield, desi chickpeas are favoured in the rotation and there’s no real encouragement in the international wheat market (assuming an east coast export surplus) to shift area to wheat and away from desi chickpeas. With nearly 40% stocks to use there seems no medium-term bullish prospects on wheat. We have a wheat problem in the world. which is manifesting itself in larger pulse crops and thus lower prices. 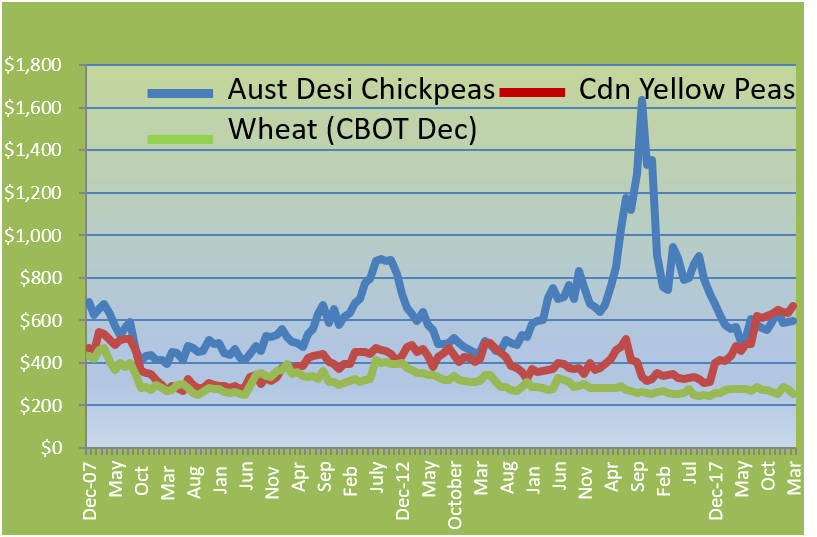 Figure 2 demonstrates the relationship between wheat, peas and desi chickpeas, CFR Mumbai. Wheat is continuing to drag on pea and chickpea prices. Whilst India is still the basis (even though it’s out of the market for desi chickpeas) it’s interesting to note that desi chickpeas in India are similar to, or below pea prices, which is most unusual, but probably due to large Government held stocks of desi chickpeas and smaller availability of yellow peas due to import tariffs etc. The pea price also needs to be taken with a grain of salt given the lack of liquidity in local supply.

Much can be said similarly about red lentils, whilst Australia had a smaller crop last year there is still carryover stocks locally, as well as in the other major exporting countries of Canada and places such as Kazakhstan. Lentils remain ‘flatlined’, wedged between the reality of comfortable stocks and the resistance of farmers to accept much lower prices and the customers not being prepared to pay more. This highly illiquid ‘low-volatility’ environment we would expect will continue to persist well into 2020.

Whilst faba beans were an attractive albeit drought affected crop in Australia due to poor competitors’ crops, we would expect faba beans to head back to more traditional pricing levels as supply comes back on stream. Egyptian faba bean demand demonstrated much greater inelasticity than most expected, with scarce and expensive faba beans being preferred in falafel production over plentiful and cheap kabuli chickpeas. Greater supply will see prices erode as we head towards harvest time.

2019 is more than likely going to be a year of ‘resetting towards the norm’ following the extremes we have seen in pulse markets over the past 3 years. The macro fundamentals around wheat and soybean pricing has some way to run before we see supply come back closer to demand. Closer to home, feed shortages are supporting some east cereal and pulse prices, while seasonal uncertainty is bringing lower risk cropping options to the fore.

With the expectation that India will be ‘open for business’ by this time next year (hopefully earlier!), the 2020 Australian winter rotations should be much closer to the norm, as we, and markets globally, ‘reset towards the norm’. 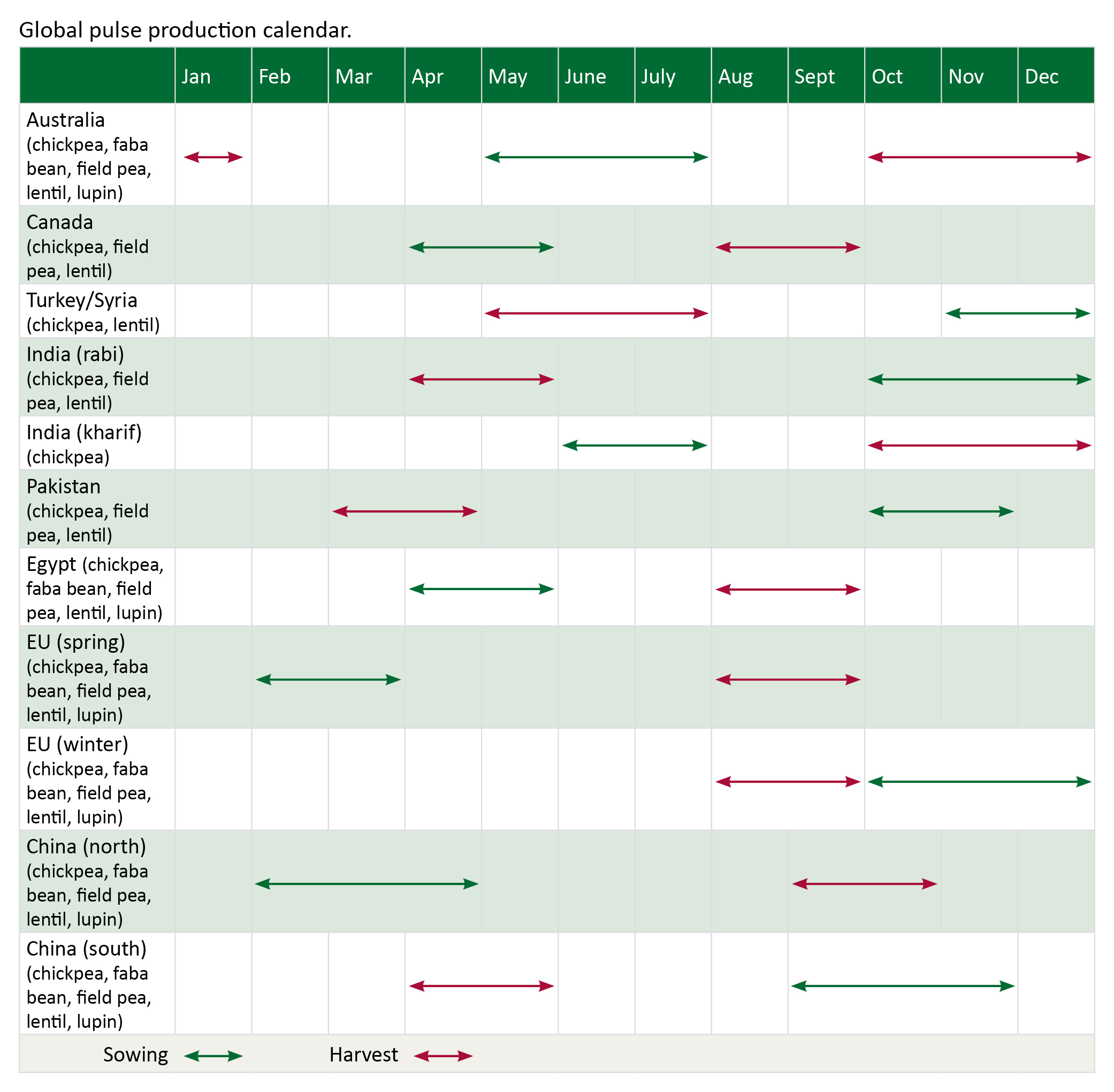 This report has been compiled by GIMAF and Pulse Australia, with the support of Australia-India Council. Information has primarily been sourced from published reports and data.