WE ARE going from a mining boom to a dining boom and pulses will be a hot crop in demand.

That was the key message from Pulse Australia chairman and AGT Food Australia chief executive Peter Wilson when he addressed a packed crowd at the recent Rural Press Club event held in Brisbane. 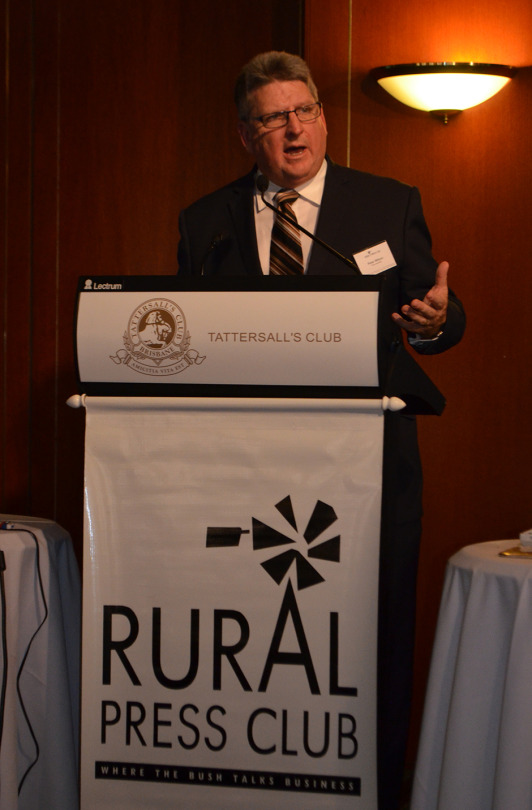 As the publicity starts to grow for the United Nation’s International Year of the Pulse Crop, Mr Wilson explained how this once-rotational crop would soon double in size and value.

“It was not that long ago the pulse industry was bubbling along at about a billion dollars value to the economy,” he said.

“This year, if we get a decent shake from a moisture perspective, the potential is quite wild. It will be mind-blowing and make your head spin.”

Although Mr Wilson said he was “relatively conservative” with his estimation on industry growth, he said exceeding $2 billion dollars was more than possible.

While Mr Wilson spruiked the Australian industry and showed graphs highlighting the rise in global demand for pulses, guests munched down a tasty chicken and chickpea meal.

He hoped the publicity of the UN Year of the Pulse Crop would see more legumes added as complementary food items to dishes Australia-wide.

However, while excited about the future of Australia’s industry, Mr Wilson didn’t shy away from explaining some of the challenges.

Pulse produce was largely sent to developing nations, some with on-going political unrest, he said.

“During the past 12 months we have had to re-direct containers on their way to Aden and Al Hudaydah, they are two port cities in Yemen, because their neighbours were bombing them,” he said.

“Not what most people would have to deal with on a daily basis, but in some ways this is our bread and butter when you are dealing with risky destination markets.”

“We must remember the world is becoming a very small place indeed. Our customers are out there, we need to find them and we need to listen to them,” he said.

“We need to be sharper, our quality has to be better and we have to be innovative with all of our products.”