Follow the Burdekin River upstream 30km and you are in the heart of North Queensland irrigated agriculture. You will also meet a family who has been farming this land since it was first developed about 40 years ago. Ivan, Cy and Boz Kovacich, a family farming business, moved from Home Hill to Mona Park after purchasing an initial 120 hectares in 1989.

The first 10 years were farmed using the traditional farming practices they had implemented on their alluvial soils at Home Hill but without a legume (dolichos) break crop.

The emphasis during the fallow was on controlling native weeds with cultivation or herbicides. The sodic alkaline soils were low yielding and traditional tillage methods were becoming increasingly difficult. A good soil tilth was hard to achieve without using monumental amounts of diesel and plenty of steel.

In 2002, Cy first spoke with his father, Ivan, about planting six dual rows of cane at the edge of a paddock, on a wider wheel spacing that aligned with the cane harvester. Ivan responded with “yeah, you can try it. But if you do, you’re doing the whole paddock.”

This resulted in 90ha of dual row on 1.8m centres being planted that season. It was a steep learning curve during that time. Twelve months later, the plant crop yielded over 200 tonnes of cane per hectare, something that had not previously been achievable on this farm. It became obvious that compaction was a major constraint in these soils. 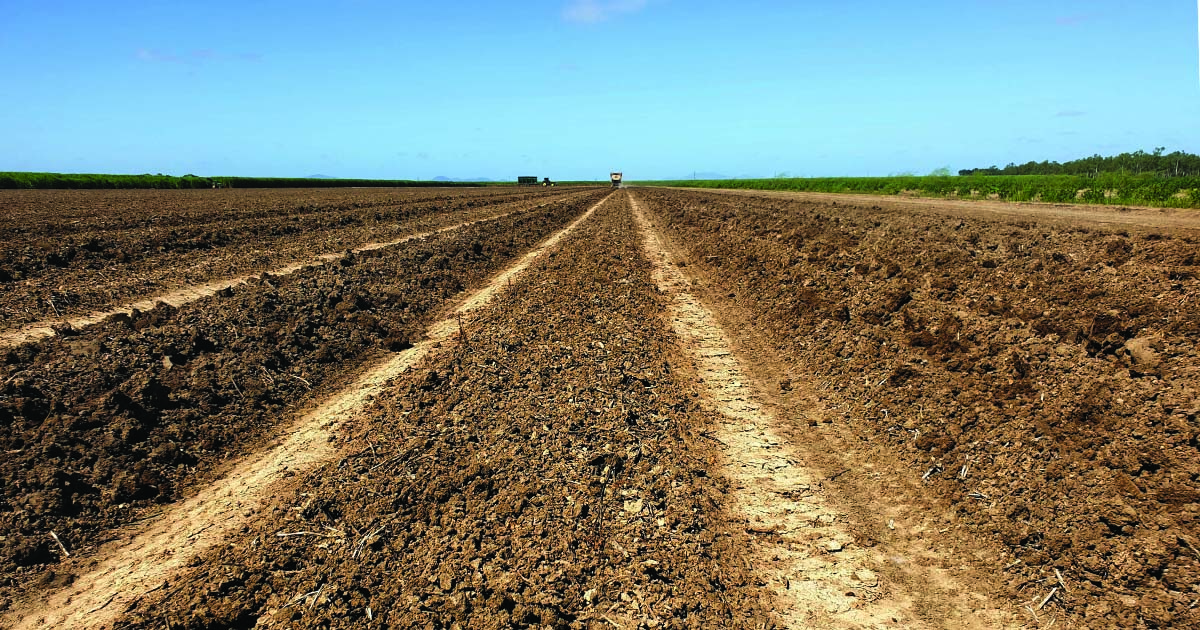 Around the same time, they bought their first GPS guidance system, and planted their first soybean break crops. The idea was to mimic the practices of the old farm to improve soil health without multiple, heavy tillage operations. During the transition period, one of the tractors had its wheels widened out to match the new row spacing and they relied on hiring implements. 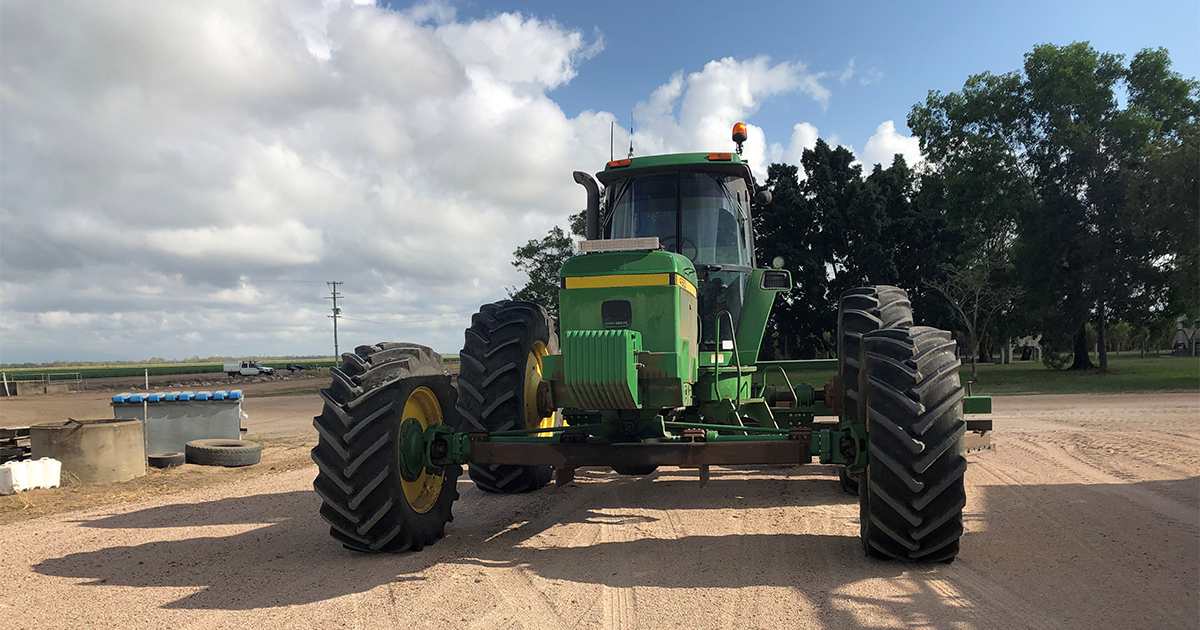 Over time, the wheel spacing of all machinery has been adjusted and GPS guidance installed to achieve a completely controlled-traffic farming system. Cy and Boz have purposely built implements to suit their controlled traffic farming system in their own workshop. This reduces the need to hire equipment and improves efficiency as farming operations can be completed when soil moisture is optimal. Rate controllers have been added to fertiliser boxes, chemical applicators, and planters to ensure application accuracy.

Ratoons are harvested, stoolsplit, touched up with a bed sweeper and re-shaped if needed. This has reduced the need for expensive laser levelling. A quick brush over is completed every 10 years rather than at the end of every crop cycle.

The Kovacich family expanded their farming area to 370ha in 2007. They also contract and harvest 75,000 tonnes of cane. The harvester originally had a flipper roller on the elevator before an elevator extension was purchased to enable bins to be better filled on their controlled traffic farming system.

After seeing the results of controlled traffic and legume rotations, Cy started experimenting with a longer follow and combination of cash crops. This required changes to the original sugarcane rotation and machinery purchases and modifications to fit these cash crops into their minimum tillage, permanent bed, controlled traffic sugarcane farming system.

Stubble management, grain transport and marketing presented plenty of new challenges. However, they were committed to perfecting the inclusion of cash crops. Tillage operations have been reduced to two wavy disc operations straight behind the harvester, one pass with a bed re-shaper and an implement that creates a small v-shaped furrow in the wheel tracks to widen the top of the bed to one metre. This allows legume crops to be planted at optimum row spacings and improves irrigation efficiency. 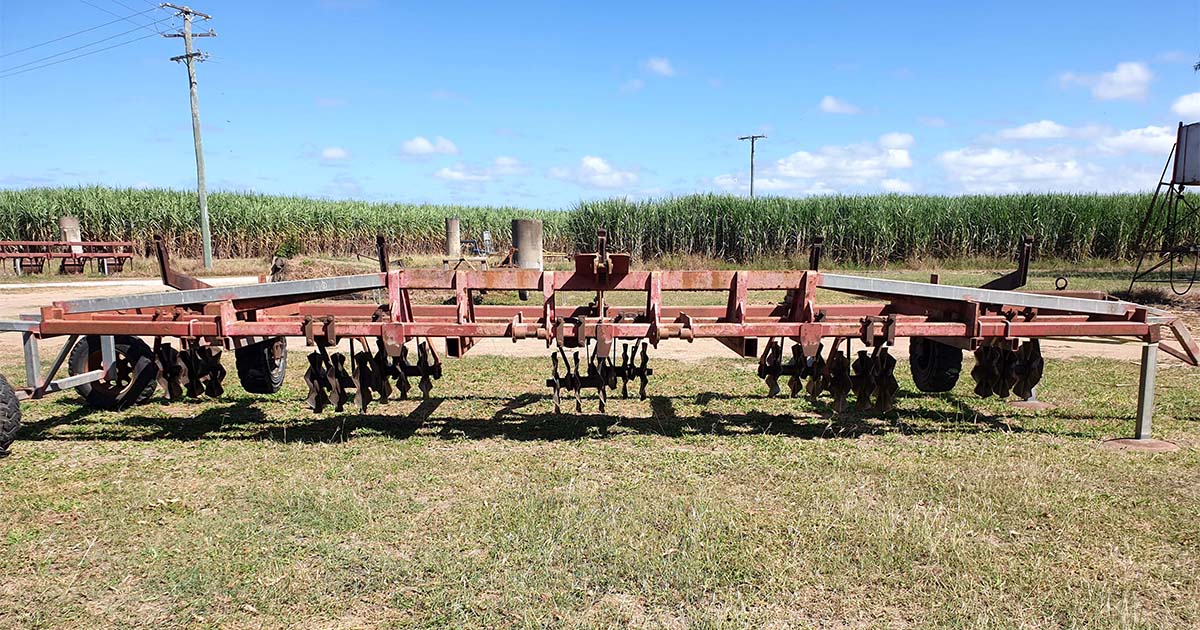 A lot of time and money has also been spent on improving irrigation infrastructure. Every farm has access to channel and underground bore water. Recycling pits have been designed to capture and reuse irrigation water. This provides water security for sugarcane and cash cropping.

The Kovacich family has seen incredible soil health and productivity improvements from the changes made to their farming system and focus on timeliness of operations. Plant cane rarely yields below 200 t/ha, the average farm yield is 120 to 130 t/ha and their cycle often include fourth and fifth ratoon crops. They continually search for opportunities to improve farming practices. Cy is currently experimenting with other fallow management options to identify whether he can realise even greater soil health and economic benefits.

Cousin Casey Kovacich purchased a farm closer to the coast and implemented a similar farming system to Cy and Boz. This farm has already seen improvements in the short time it has been operating under the new system. The innovations don’t end with farming practices and equipment modification. Casey and Boz, with assistance from another family member Lee, have created their own farm recording App. The App is designed specifically for sugarcane and rotational cropping; helping capture, store and analyse farm records in a customised format. 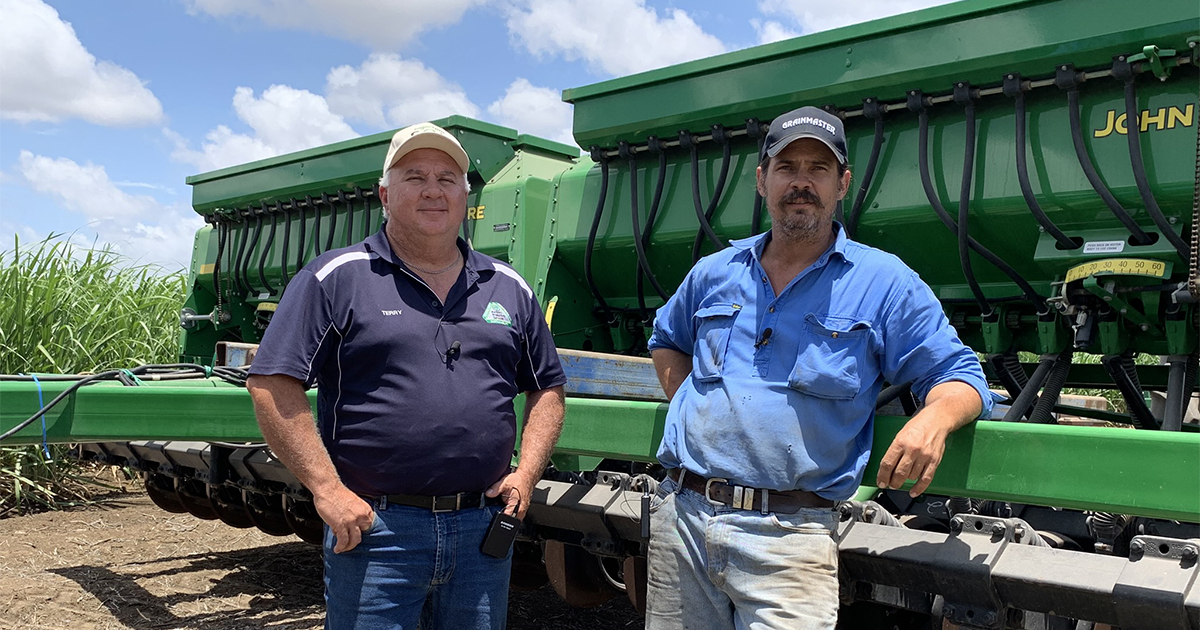 The Kovacich family is farming pioneers in Mona Park and are at the forefront of new-age farming. Attention to detail and timing is paramount. Boz once told Terry, “all you needed to farm successfully in the past was sunshine, water and soil whereas farming these days has become a science and focussing on the most limiting factors that directly affects your business operations and profitability are key.”

I often ask growers and researchers “how do you put a dollar figure on soil health?” Cy’s answer sums it up perfectly: “it’s priceless!”