Grower: Ken Bird, Department of Agriculture and Fisheries. The block being monitored is a small trial block involving soybeans for grain and green manure, peanuts, multispecies planting and bare fallow. 6 rows of each crop/treatment are planted in each block of the trial, with 4 replicate blocks in total. 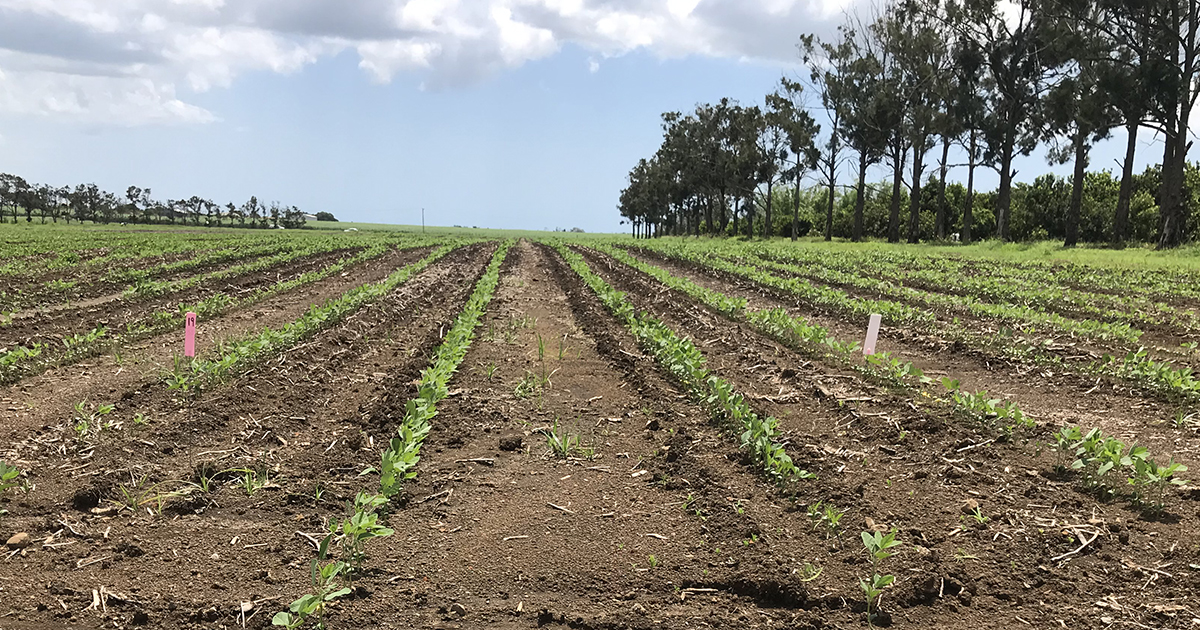 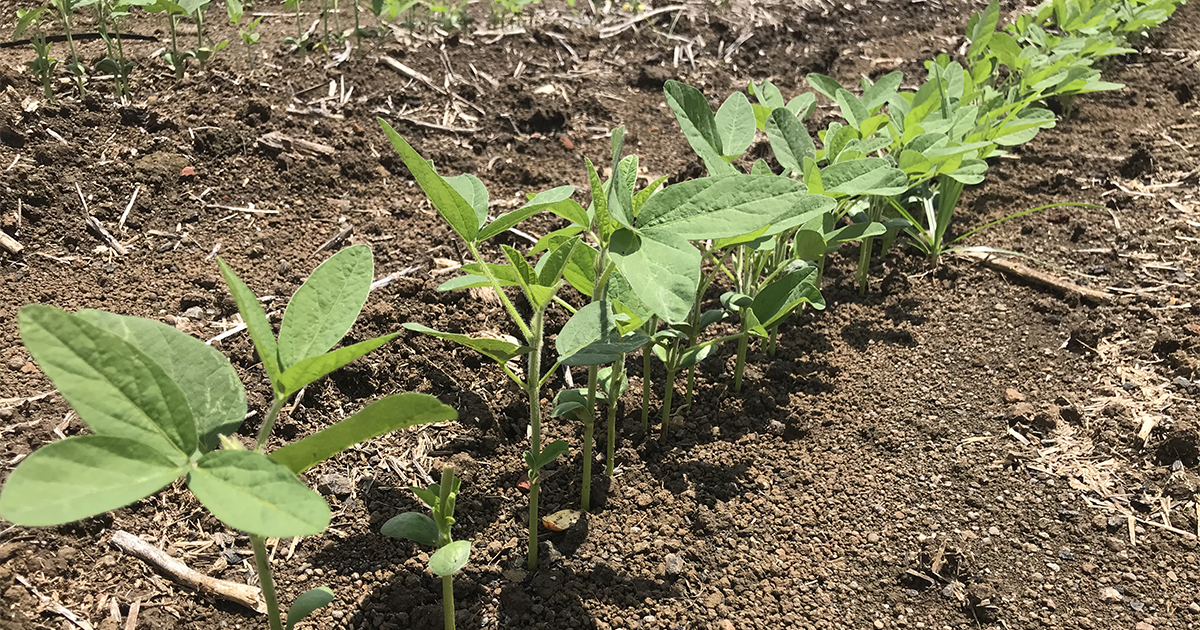 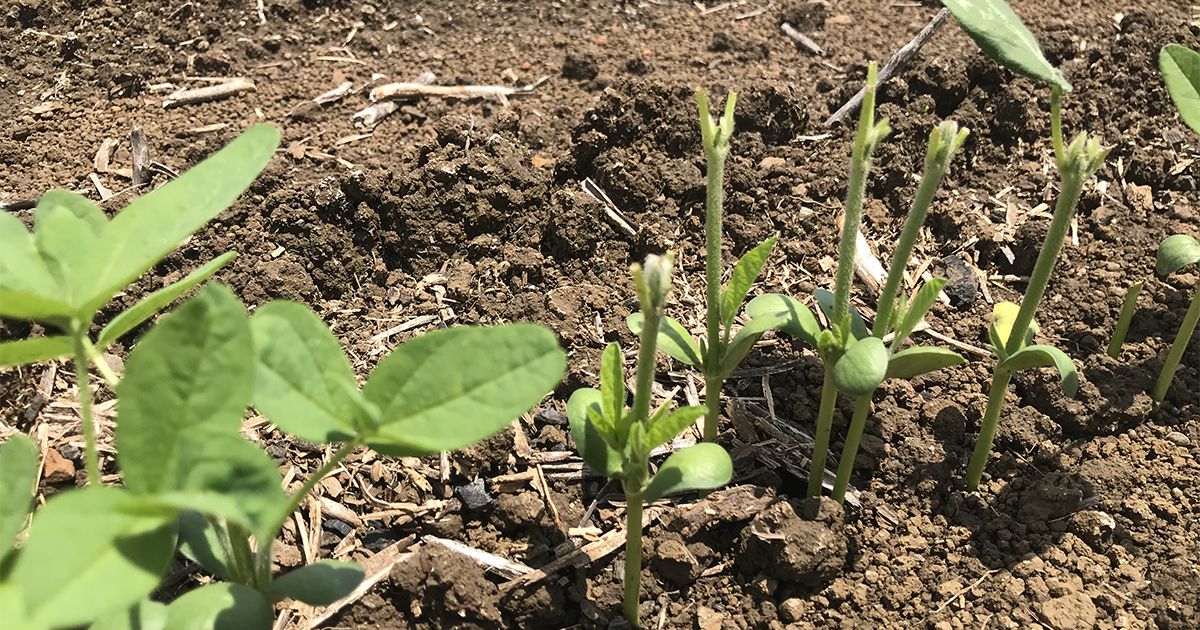 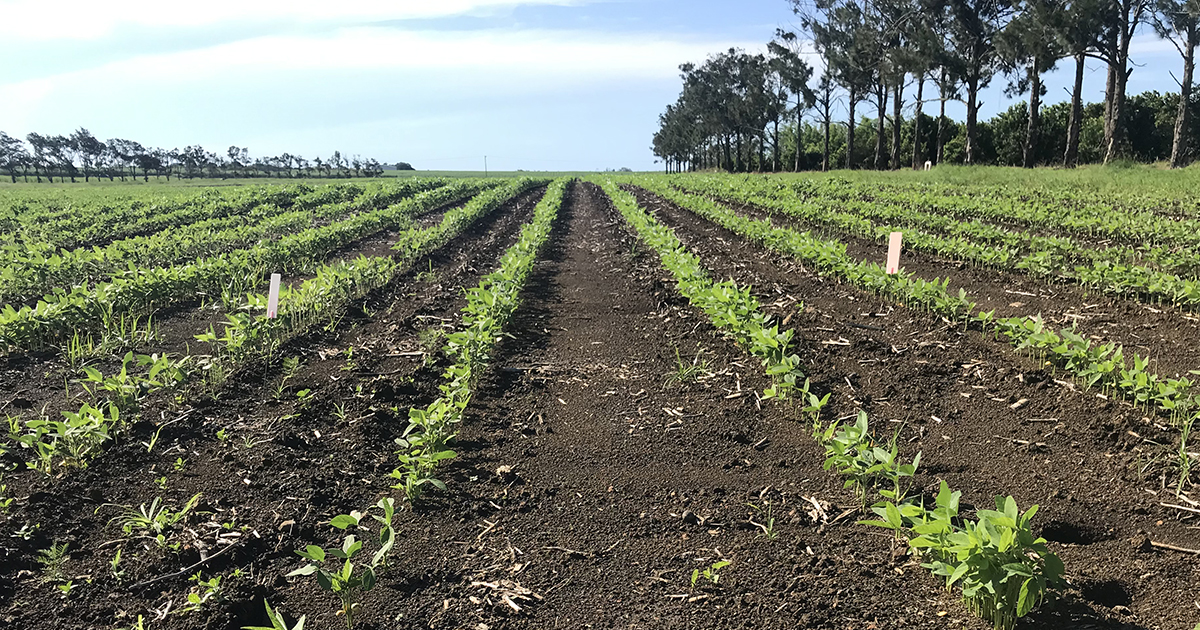 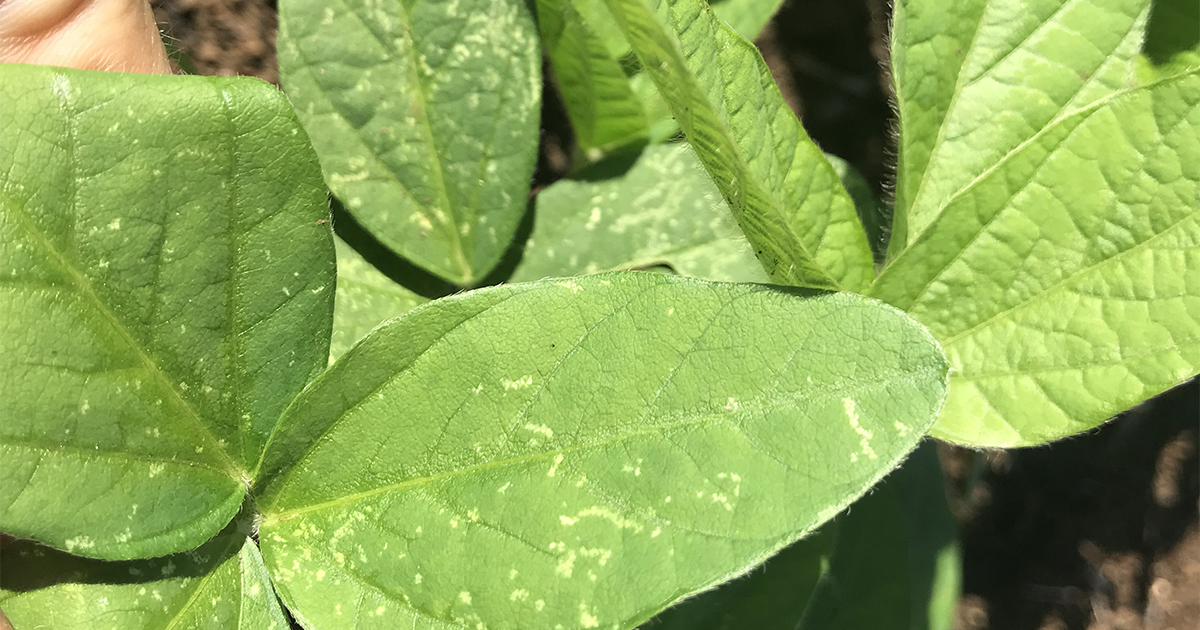 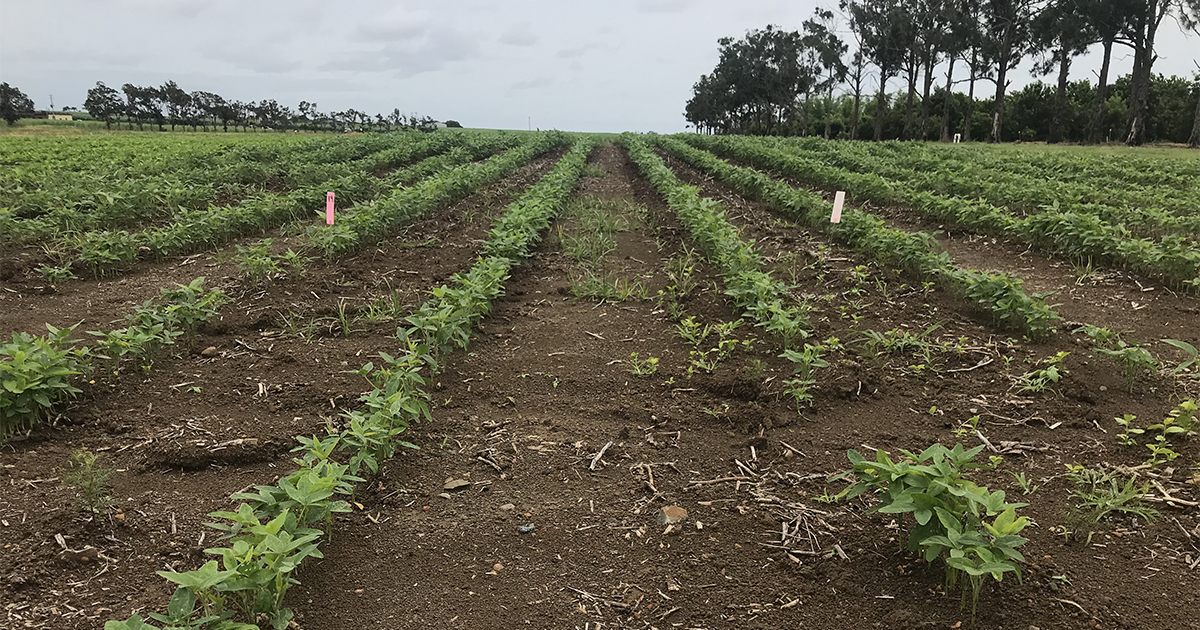 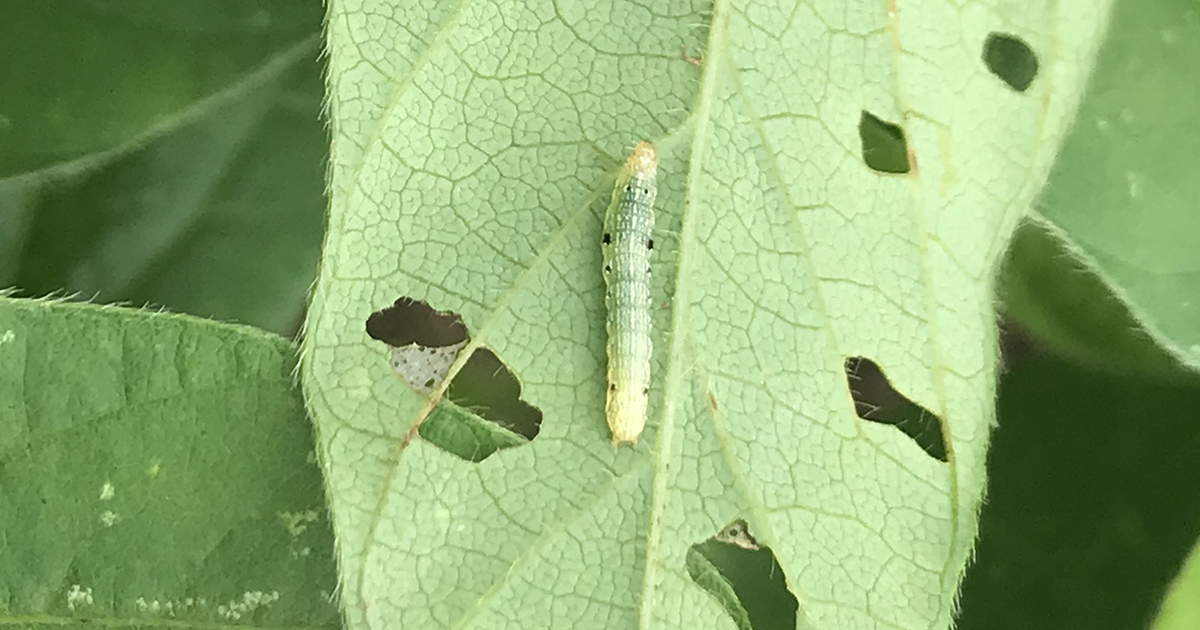 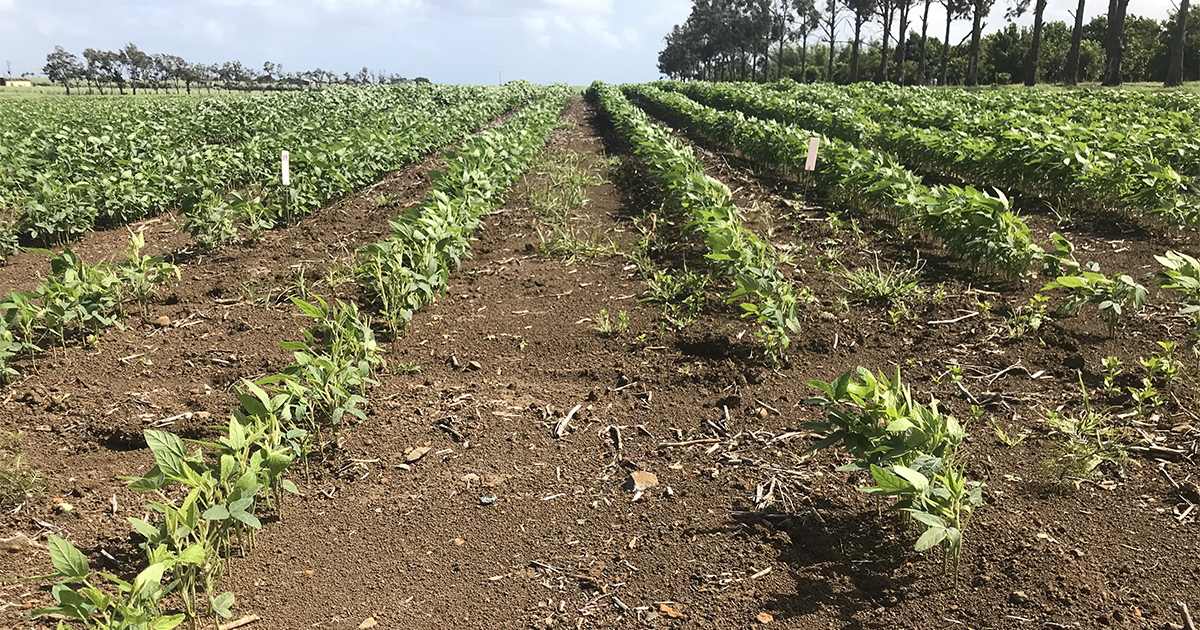 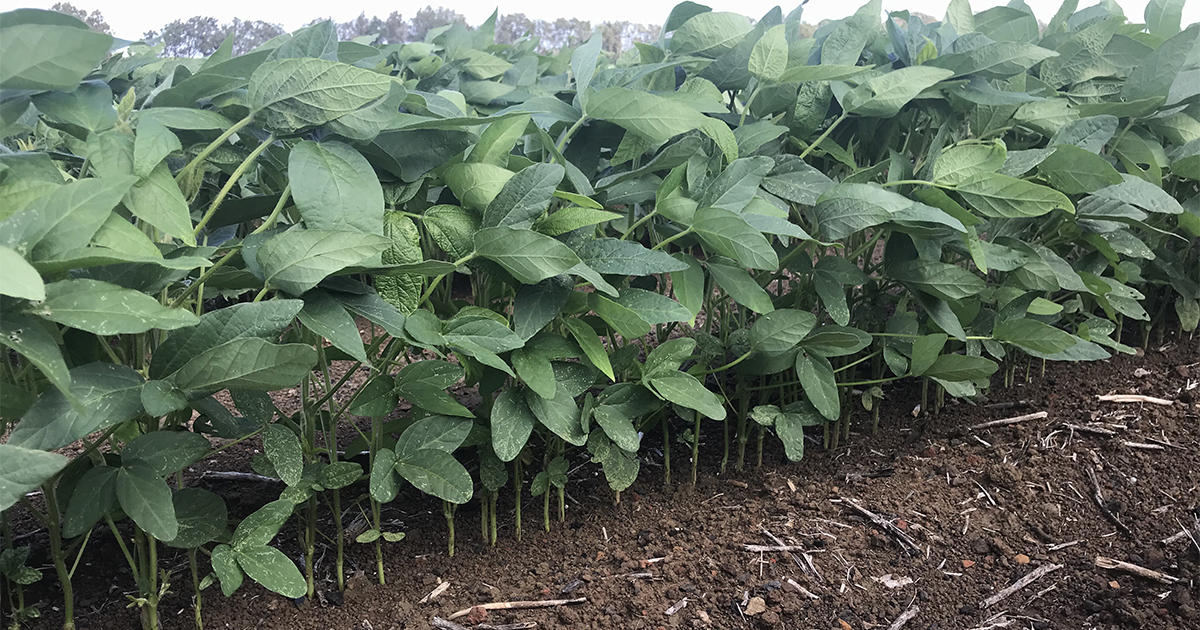 The stippled pattern previously observed on the leaves is thought to be from jassid feeding. 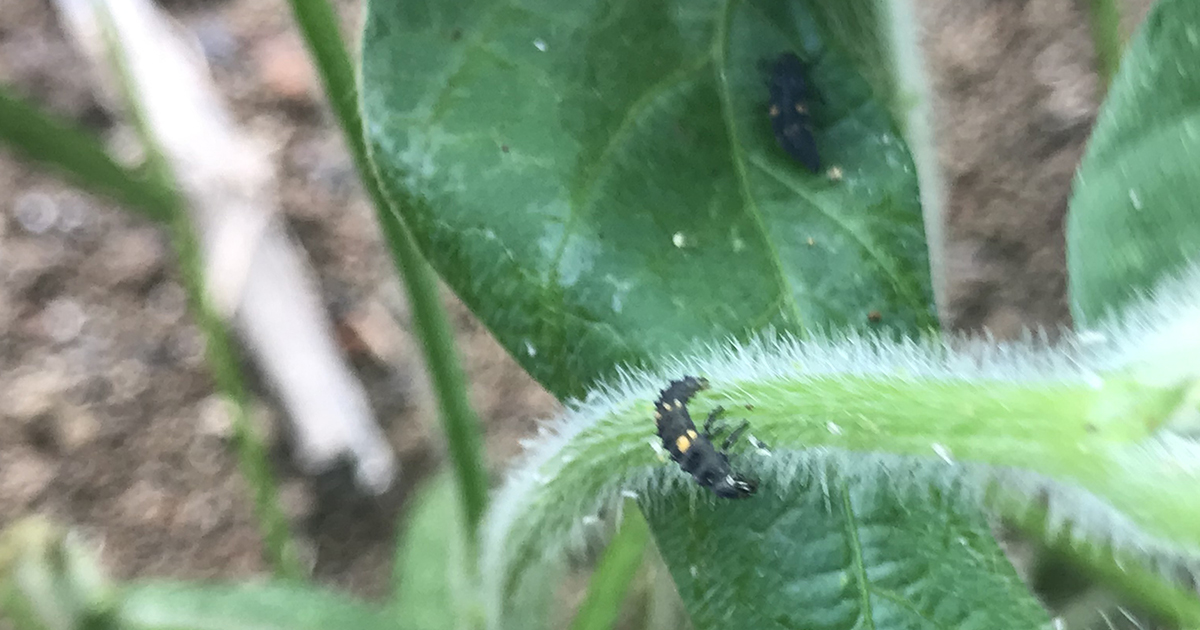 Beneficials such as ladybird larvae have been observed in the crop. 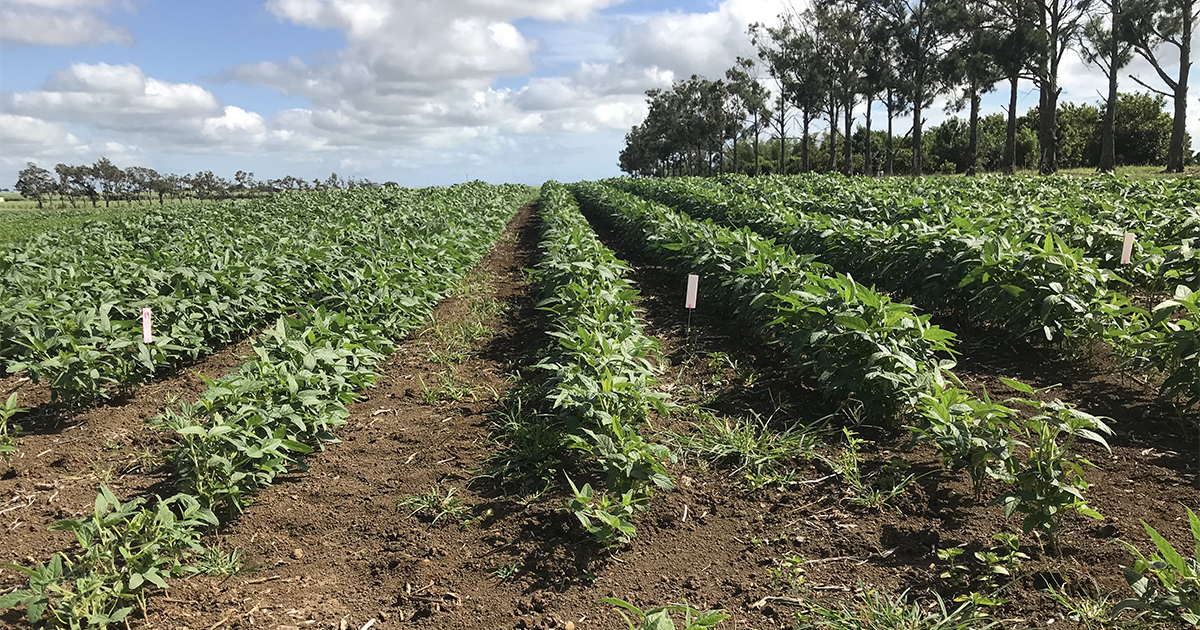 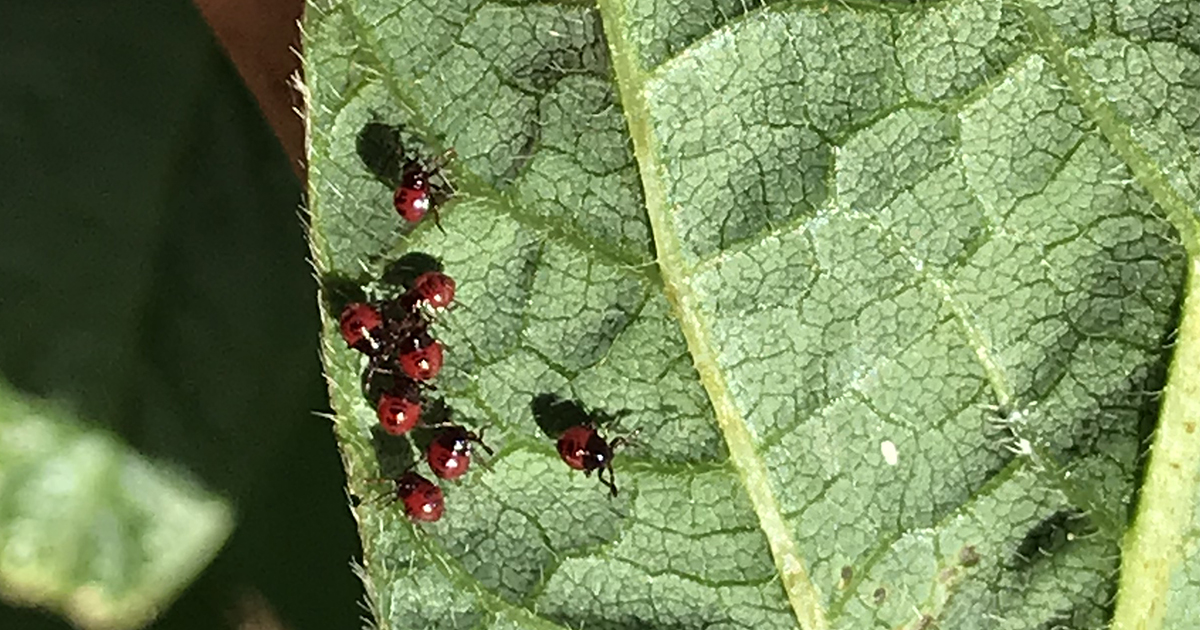 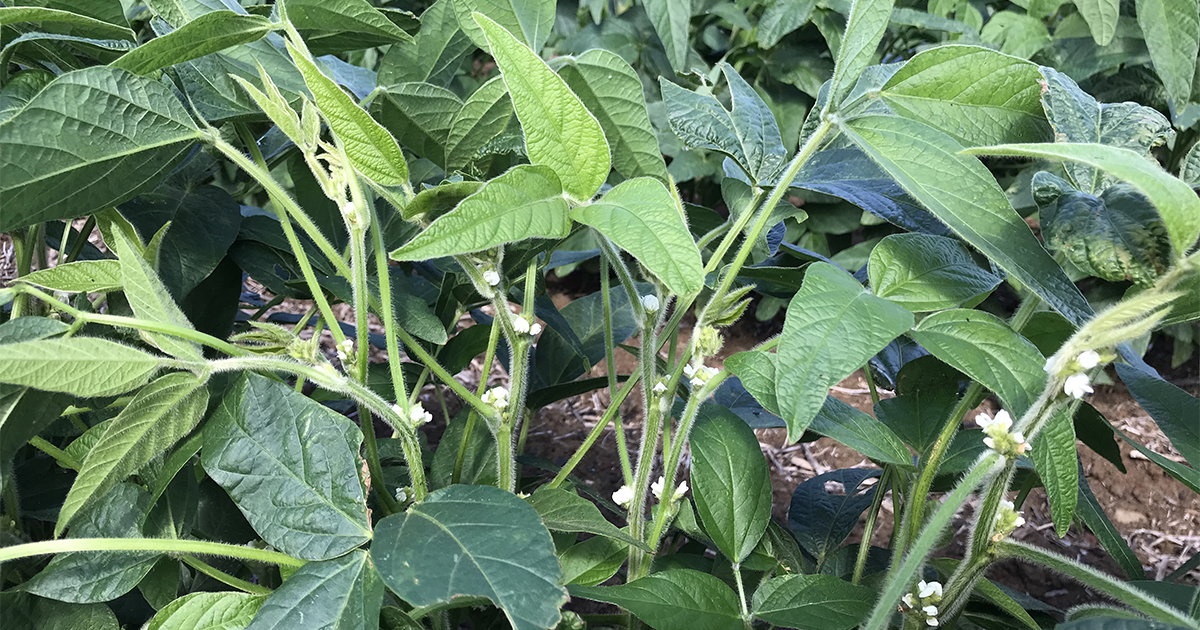 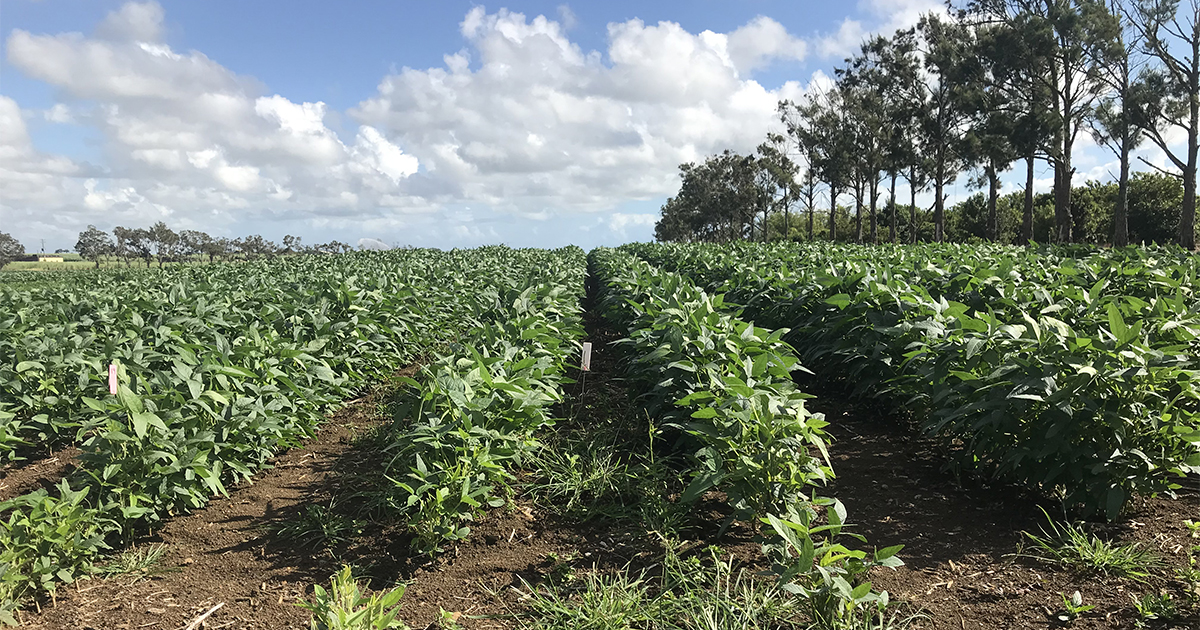 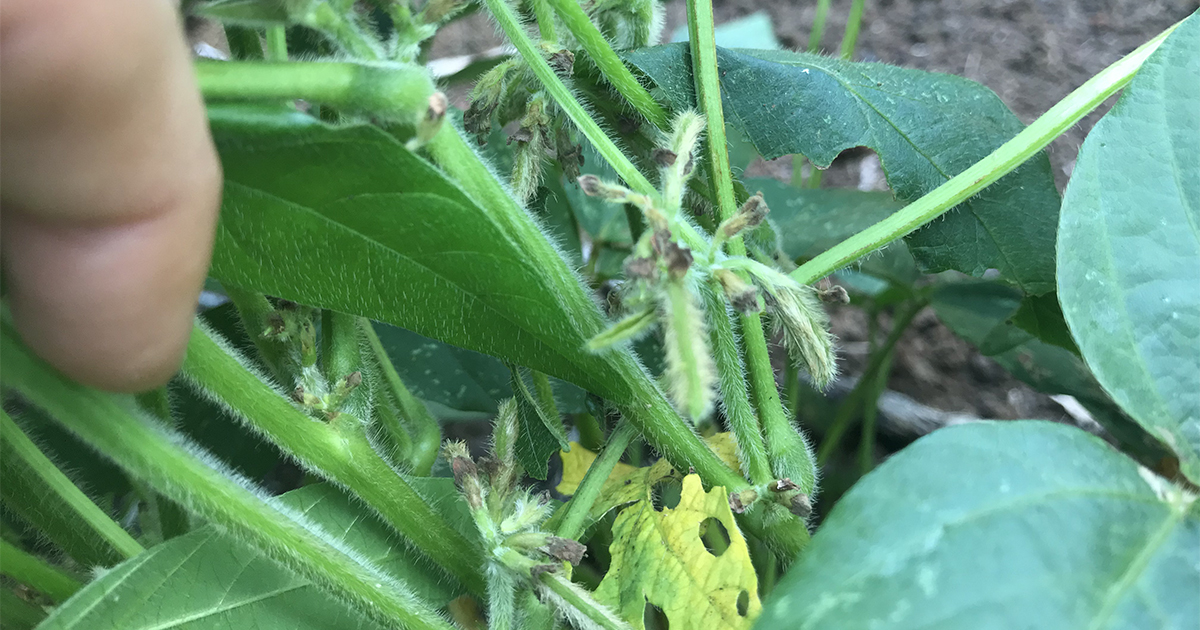 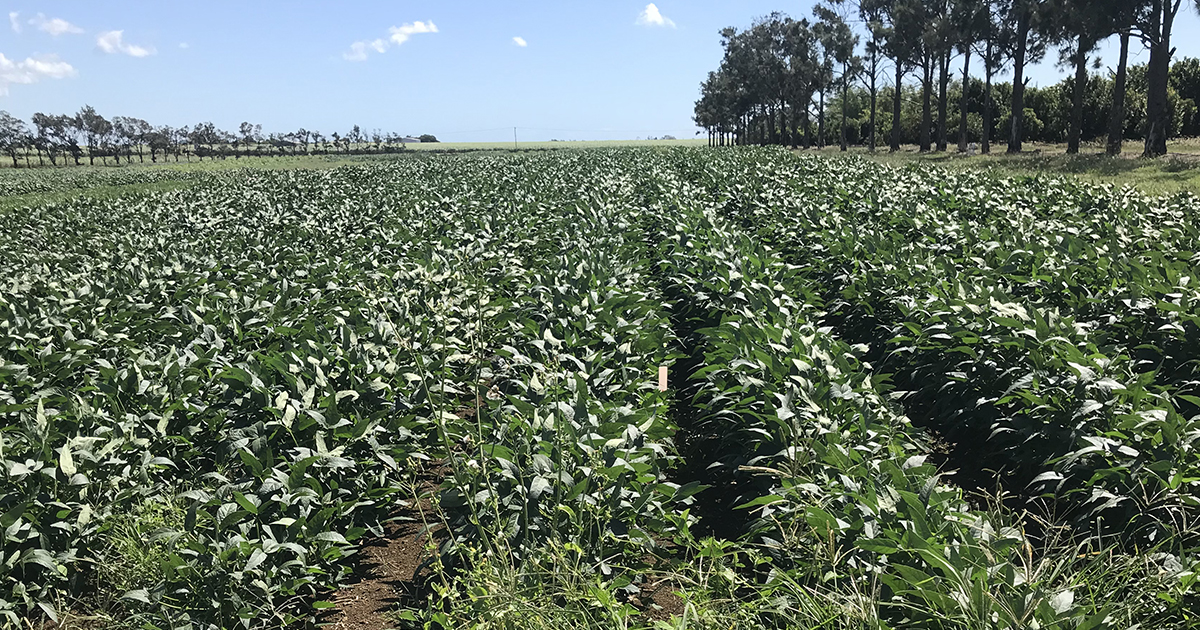 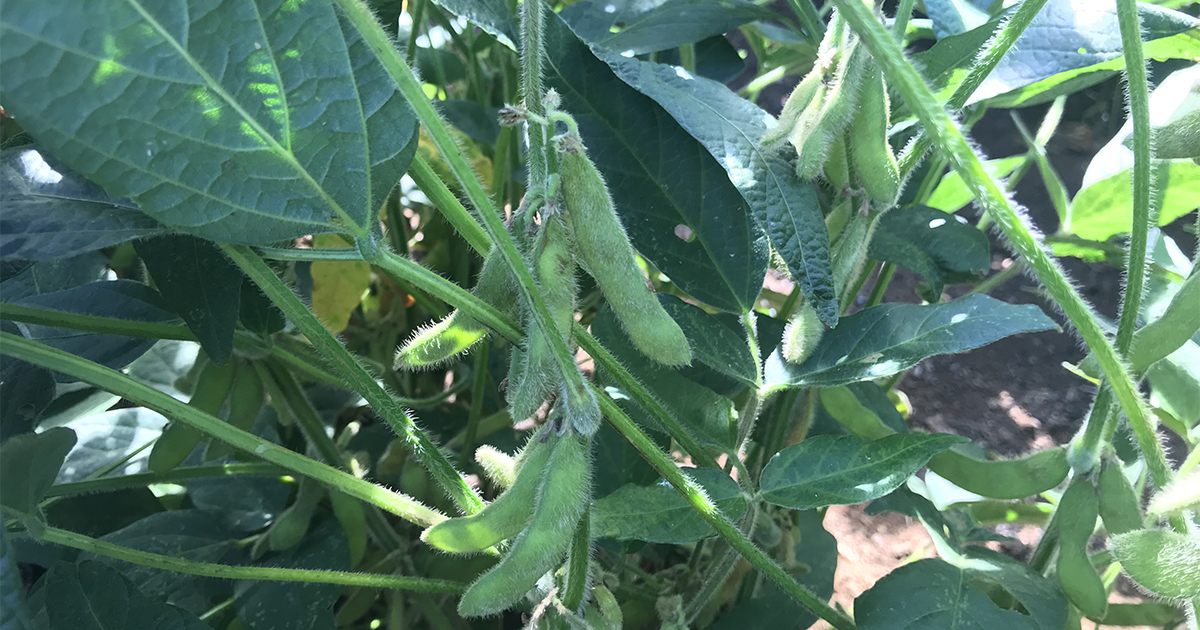 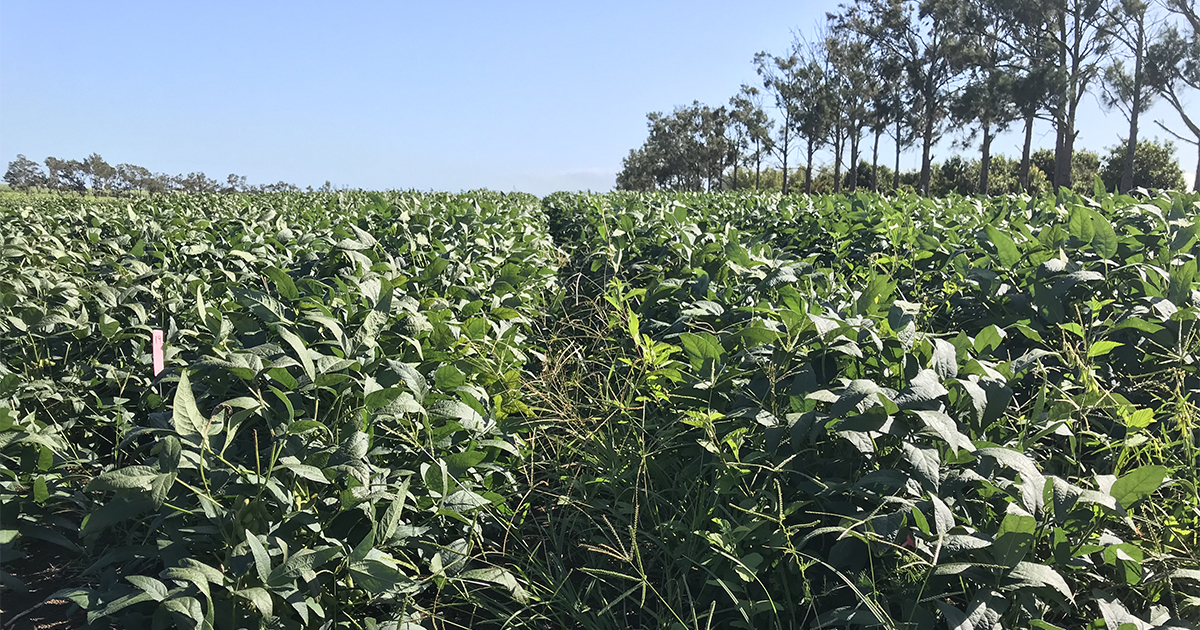 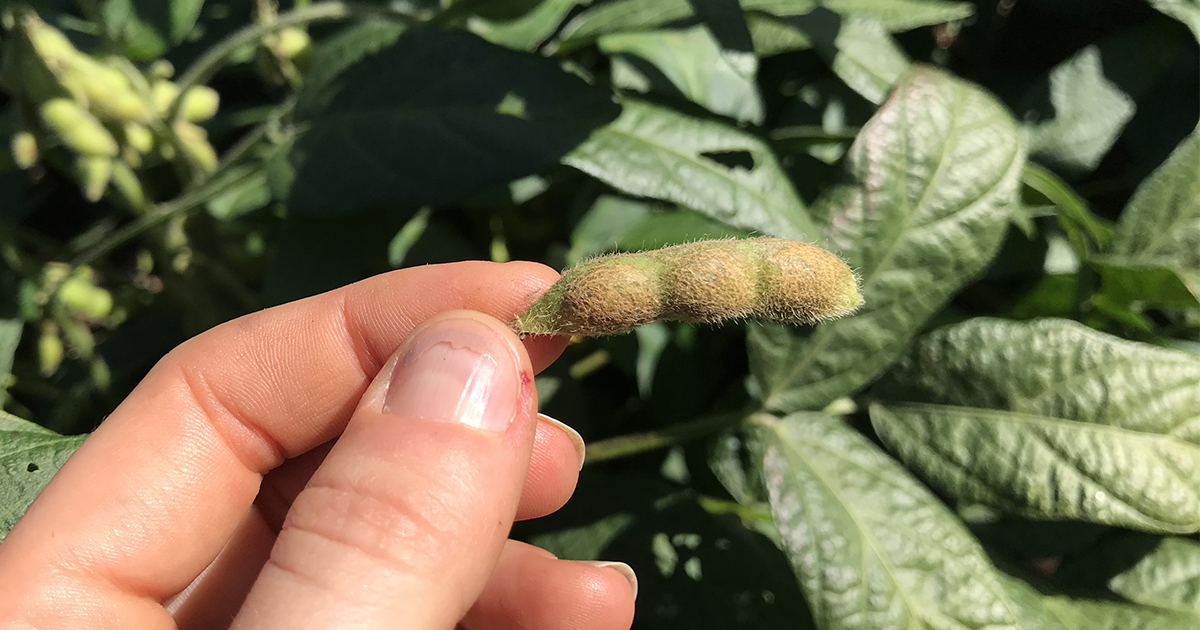 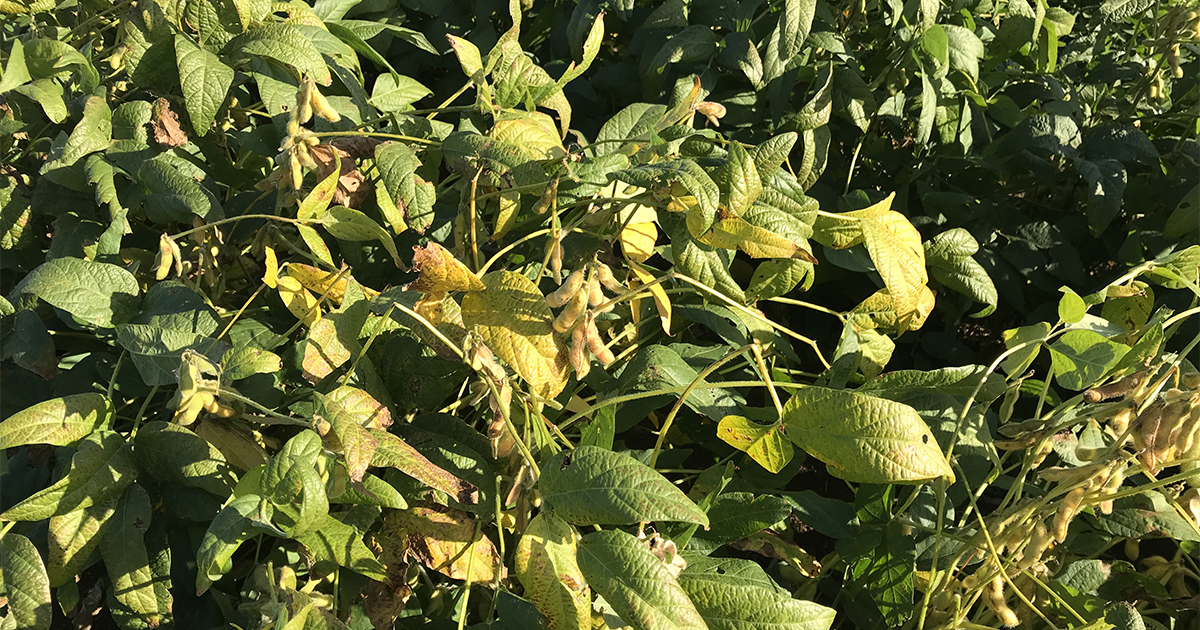 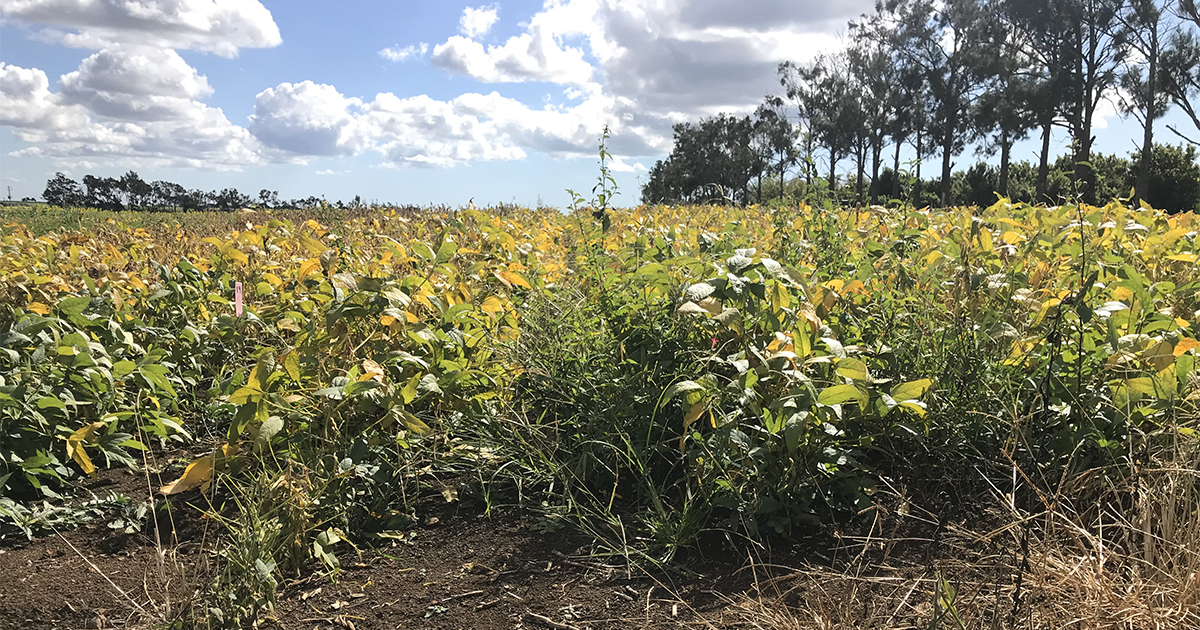 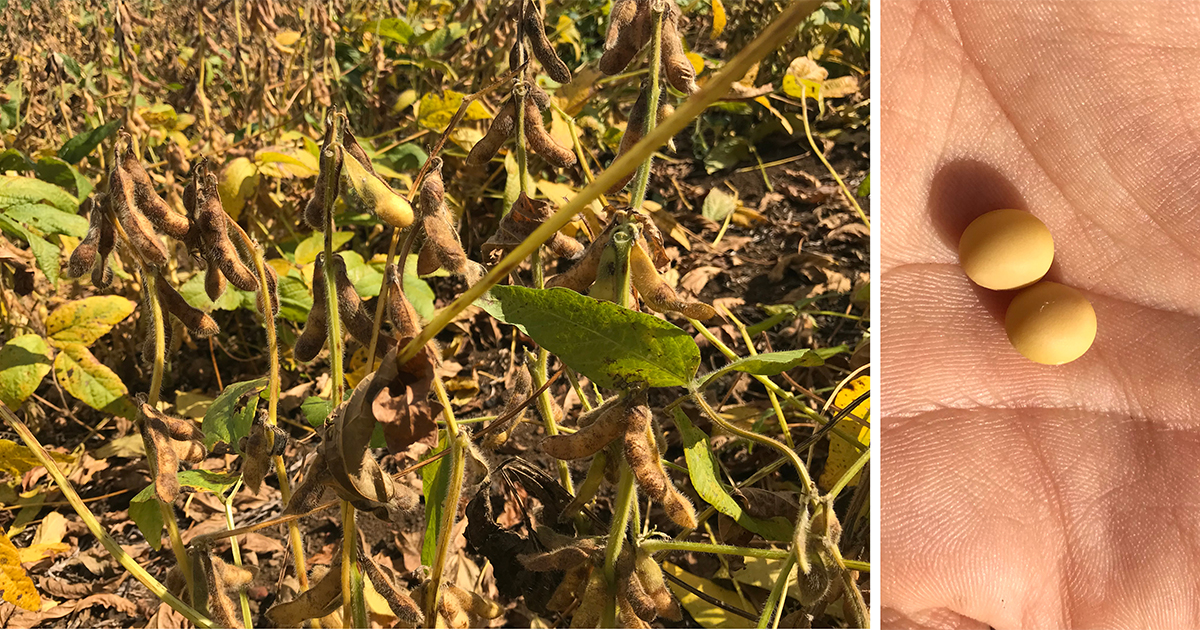 The crop looks like it will yield well, despite the late start.