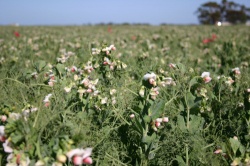 Recommended for districts, particularly Agzone 5, where Pea seed-borne mosaic virus (PSbMV) is a yield and grain quality threat in Western Australia. Can be co-mingled for delivery with all kaspa type varieties.
→ Full story

Grain marketer and Pulse Australia chairman, Peter Wilson, couldn’t be happier with the outlook for chickpeas at the end of the 2015 season.
→ Full story 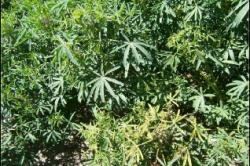 We all know that establishing a crop in the best possible way is the foundation for high yield potential. Any compromise at establishment reduces the chance of profitable yields.
→ Full story

The success of the inaugural PBA Pulse Conference held in 2013, and attended by almost 200 delegates, inspired the PBA partners to ensure that the conference continues to be inclusive of all the pulse community, hence the Australian Pulse Conference (APC) has been born.
→ Full story

These are my pulses!

‘These are my pulses’ photo and video competition is open until 5 pm on 28 February 2016. The Australian National Committee, with the support of Pulse Australia, has launched the competition to capture and showcase Australian pulse related stories.
→ Full story 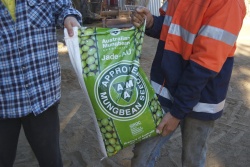 Why support the AMA Seed Scheme

At planting time I am often reminded of my father Alec saying that the cheapest input into our family farming operation was good quality planting seed. He had experienced the disappointing results of soybean planting seed that proved to have poor germination percentage, combined with a lack of vigour, even though the seed had been stored under cool conditions.
→ Full story 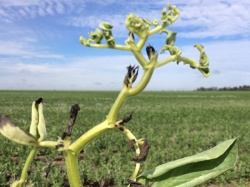 Herbicides applied to paddocks in 2014 and early 2015 did not break down adequately for re-cropping because of insufficient rainfall. The plant back periods on herbicide labels may stipulate a minimum rainfall requirement and where they do not the plant back periods may still be prolonged by dry conditions. Herbicides applied up to two years ago impacted crop health in some cases during 2015.
→ Full story

Just prior to harvest there were many chickpea paddocks with large weeds towering above the crop that had germinated and grown through the life of the crop.
→ Full story

The release of a PBA Jurien (previously WALAN 2385) combines disease resistance and very high yield in one variety with adaptation to all lupin zones in Western Australia.
→ Full story
← Newer Posts Older Posts →